Good showing weather helped to ensure an excellent show at Ingliston Show Ground for the 2018 Royal Highland Show. Salers had a good turnout despite being two prolific breeders down, the breed continues to grow in popularity with suckler breeders and a good crowd gathered as judging went ahead.
We were delighted to have Sophie Donger as our Judge; Sophie has lived with Salers and Charolais most of her life and has a keen eye for a good animal.
Bacardi Jessie Jay born 26/5/14, with calf at foot, caught the judge’s attention and she was rewarded with Salers Overall Show champion, a substantial cow showing all the attributes of the maternal breed, good strong shape with plenty of milk and a good calf at foot. Exhibitor and breeder Roy & Adam Crockets bred Jessie Jay who is sired by Gulliver out of Cleuchhead Delilah. 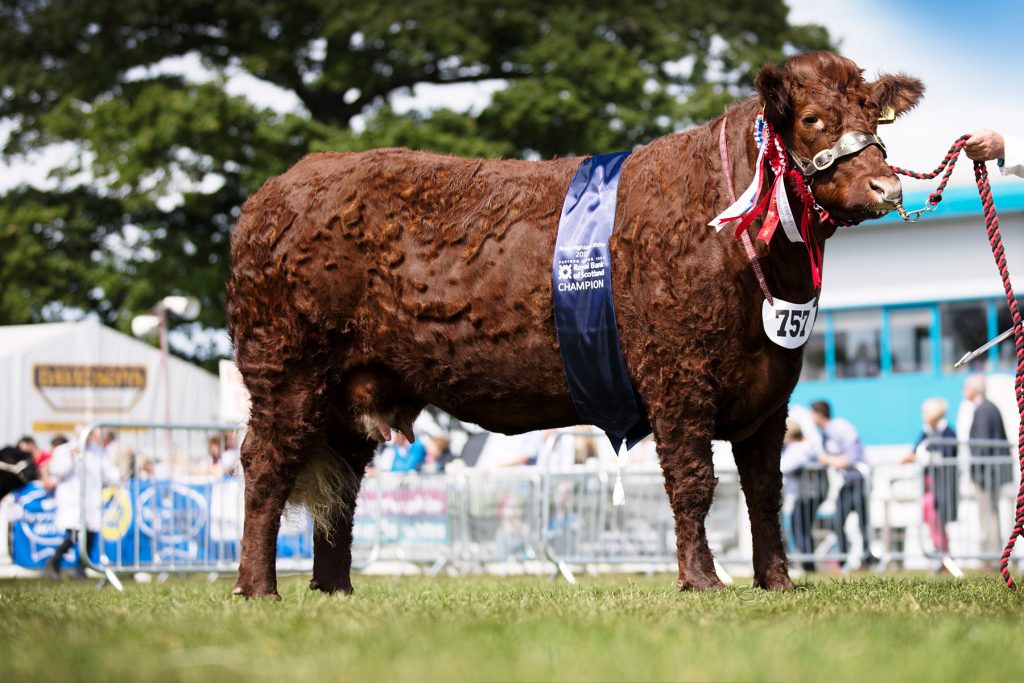 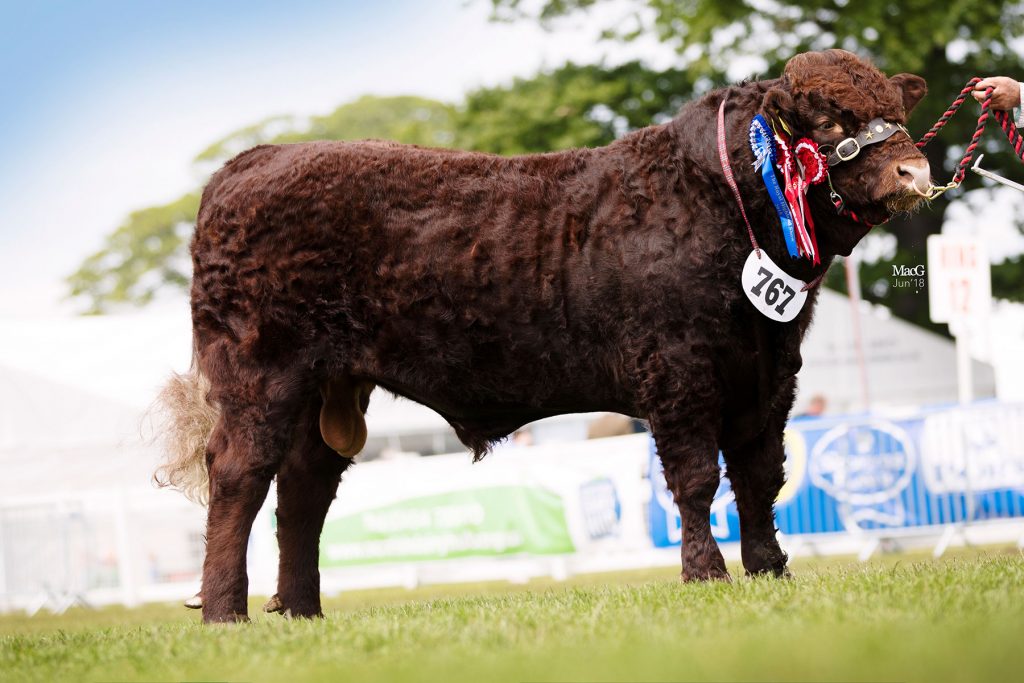 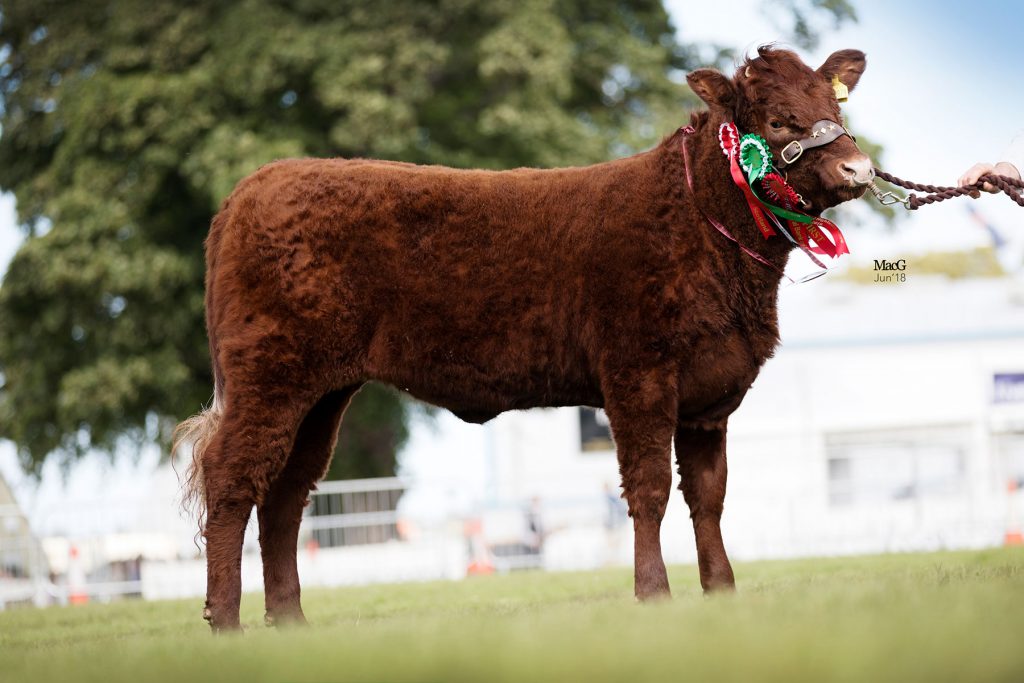 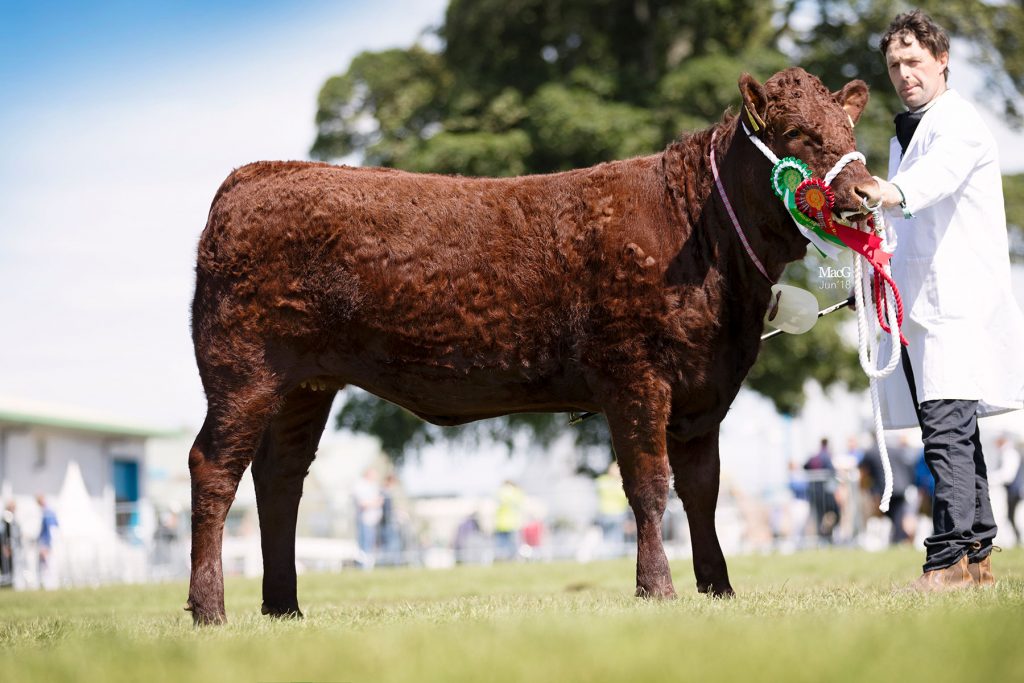 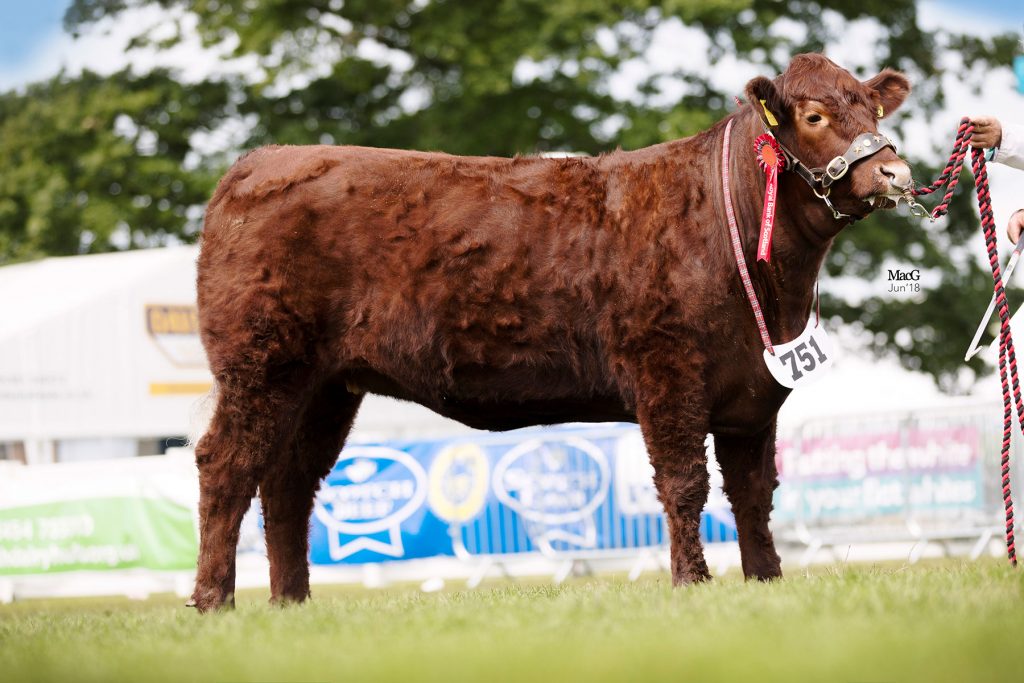 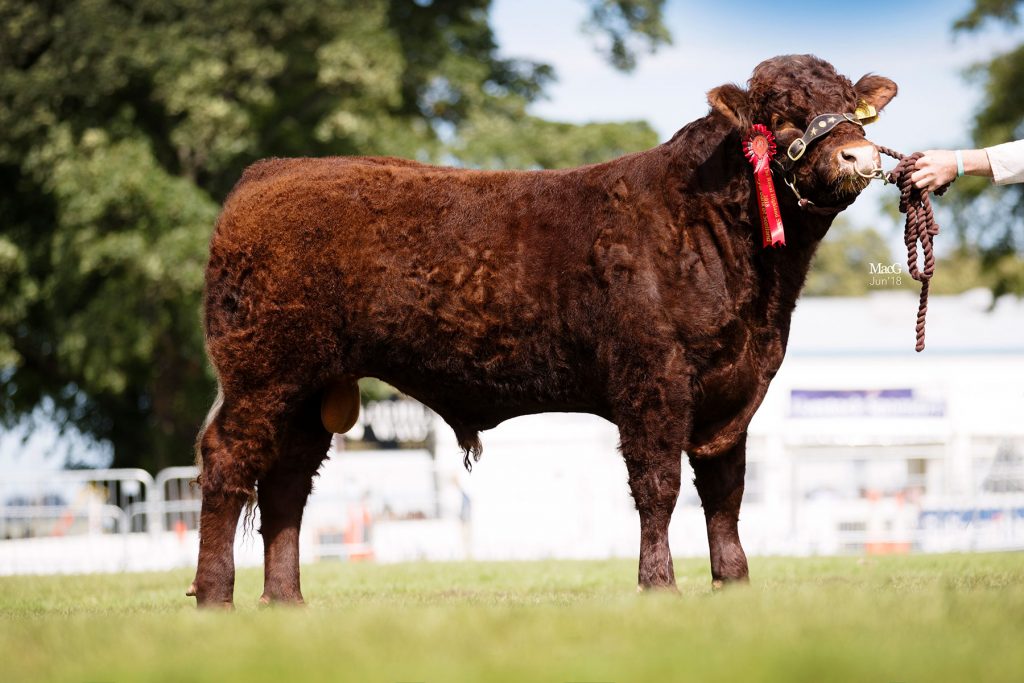 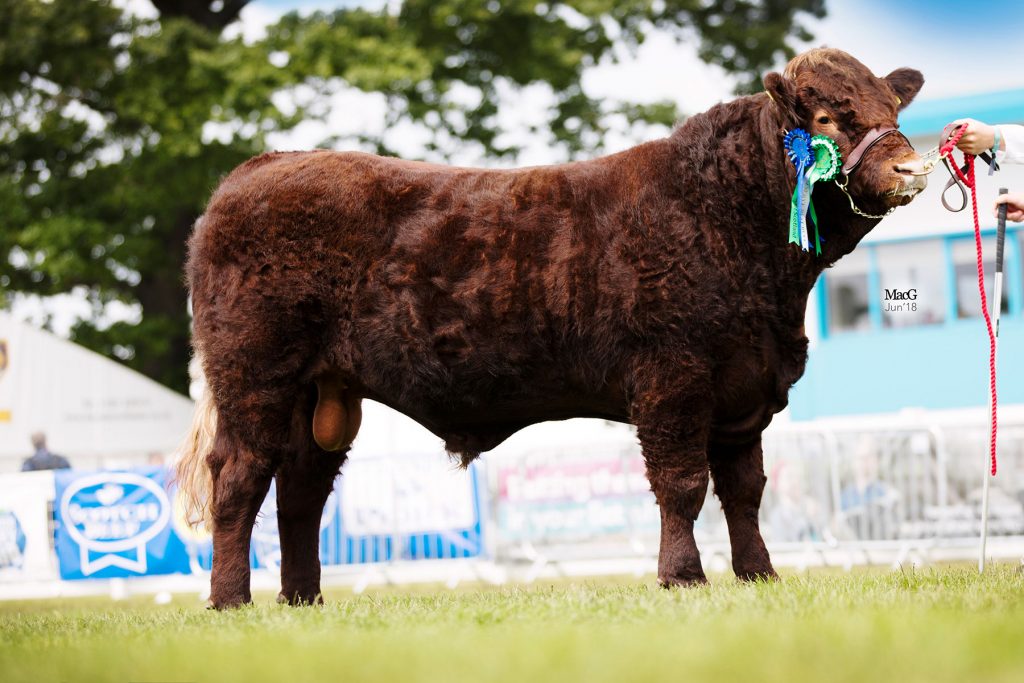 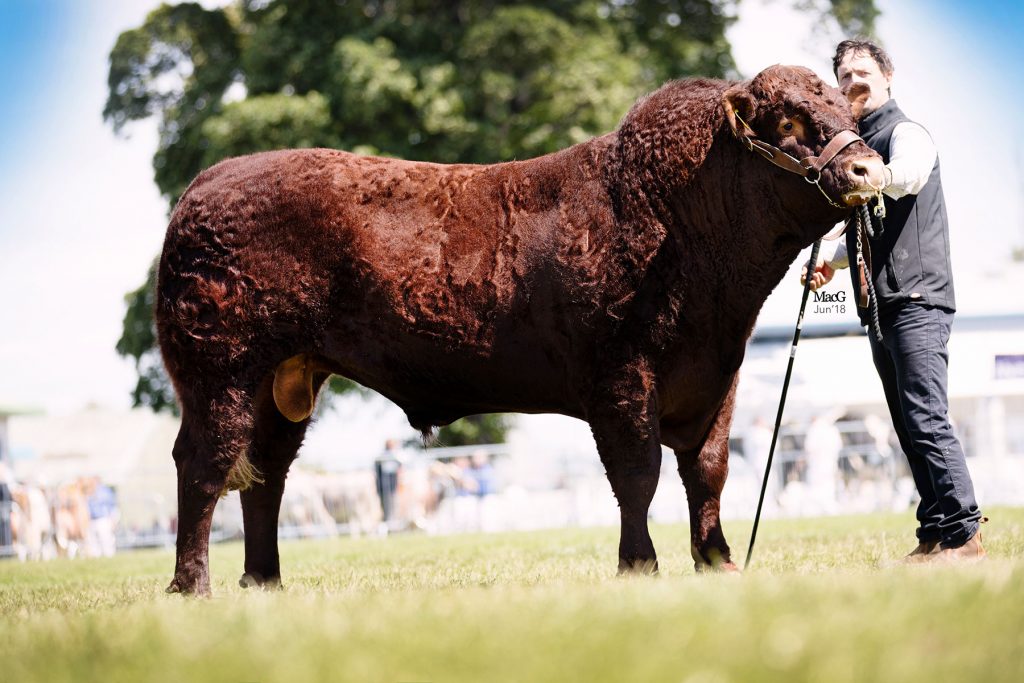