A perfect showing day at the 2018 Great Yorkshire Show, blue skies but with a nice comfortable breeze where Roy and Adam Crockett made a breeze of the competition taking Supreme Champion and Reserve Champion with Bacardi Jessie Jay and Bacardi Lola respectively. 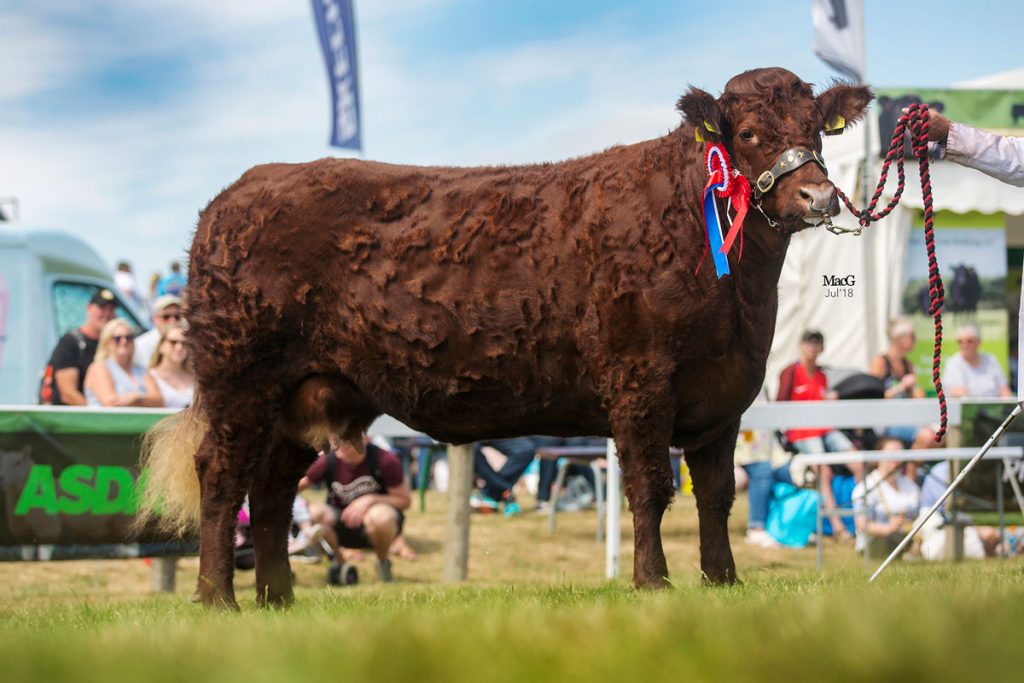 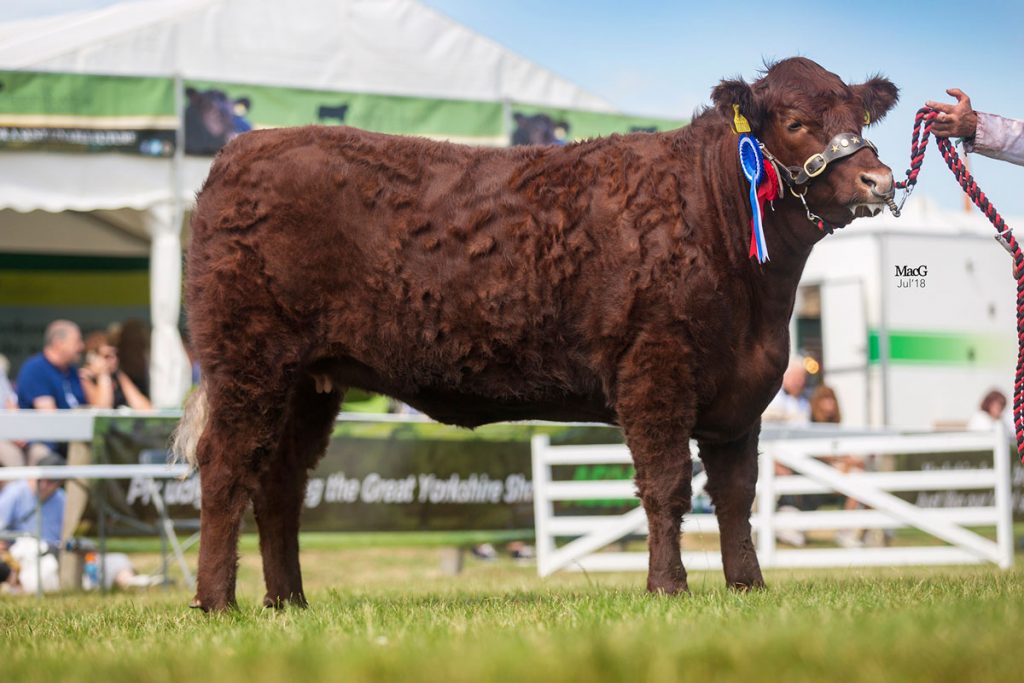 We had a fine turnout of fantastic cattle from all exhibitors and our thanks go to everyone.
Glen Welsh from Muirkirk, Ayrshire, judged; and he was delighted with the standard of Salers, his Champion and reserve champion was a difficult choice as he thought both were supreme animals and deserved the title but Bacardi Jessi Jay born 26/5/14 just pipped Bacardi Lola born 8/4/16. He said Bacardi Lola would be a fine heifer and will come forward in future years.
Manor Lane Logic from C A Fox went on to take Reserve Interbreed Junior Beef Champion, judged by Mr D Biggar of Castle Douglas and Manor Lane Logic and Bacardi Lola then took the Blythewood Continental Beef Pairs Competition –  a great achievement for the breeders and the society.
Salers also won the Continental Peoples Choice! A big well done to all exhibitors. 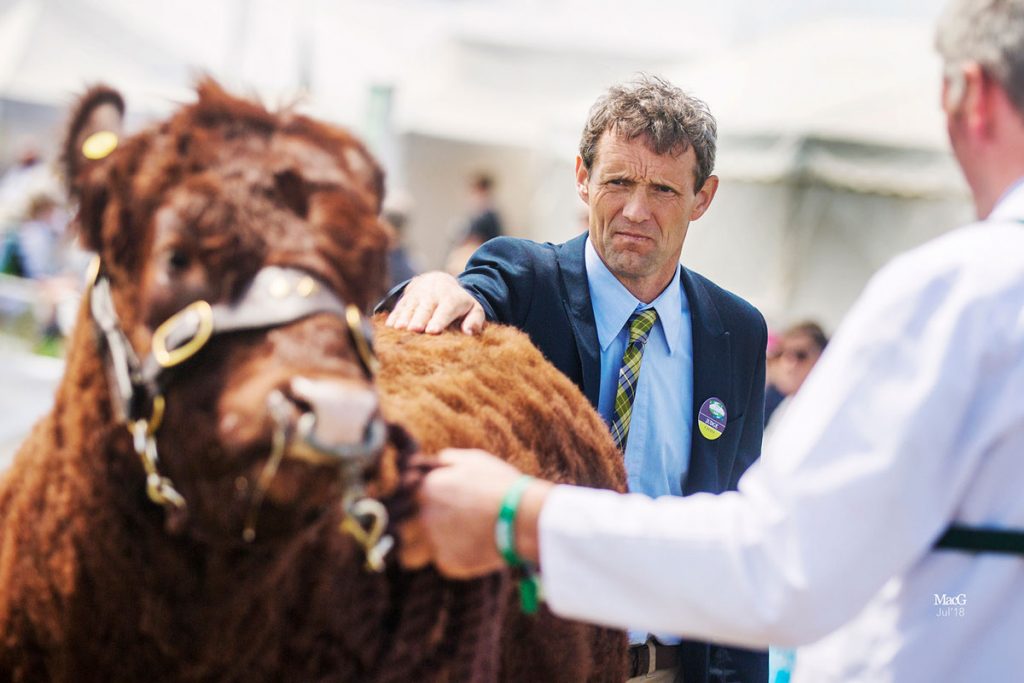 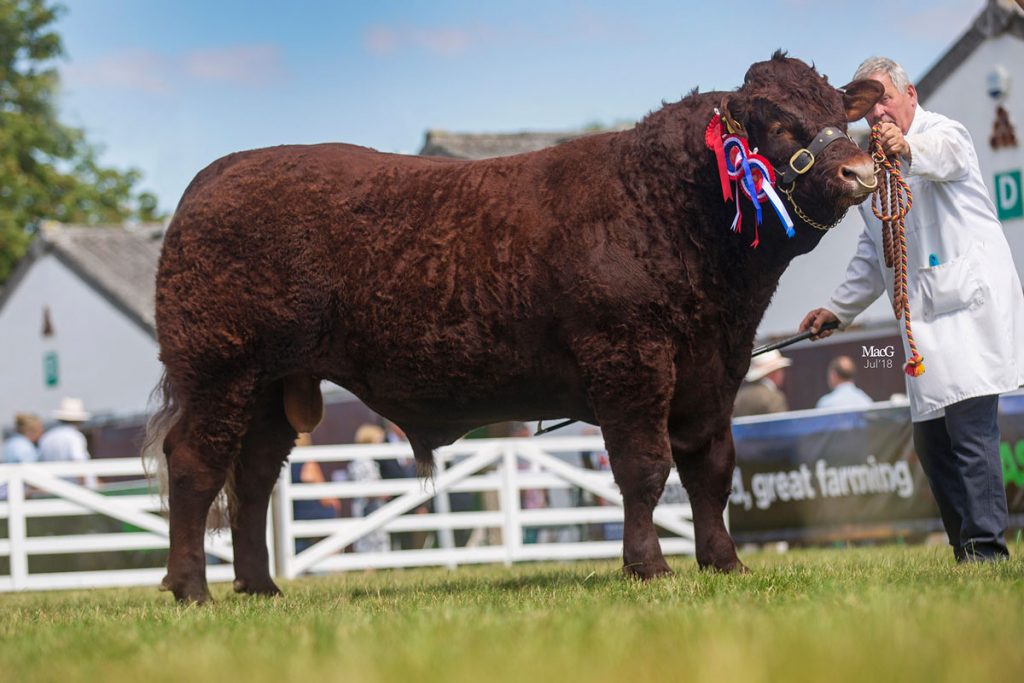 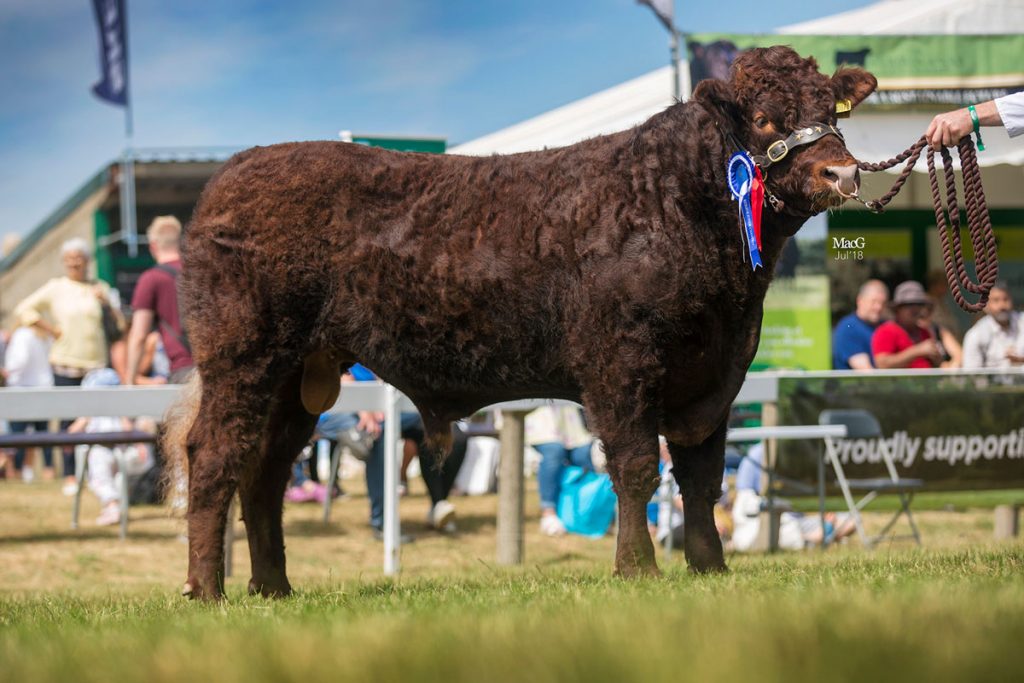 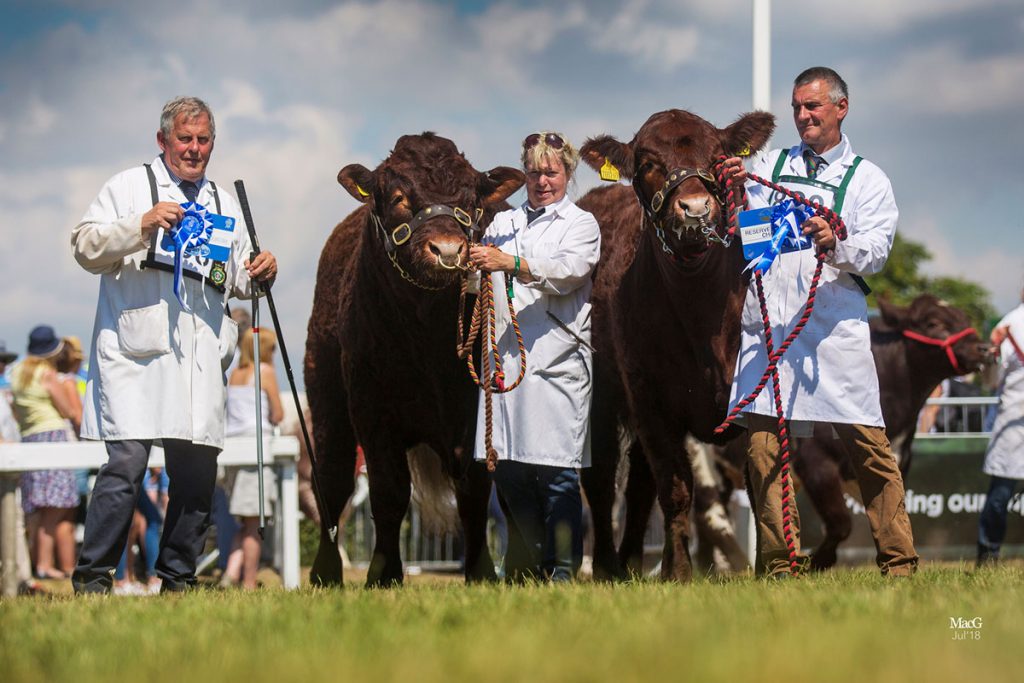 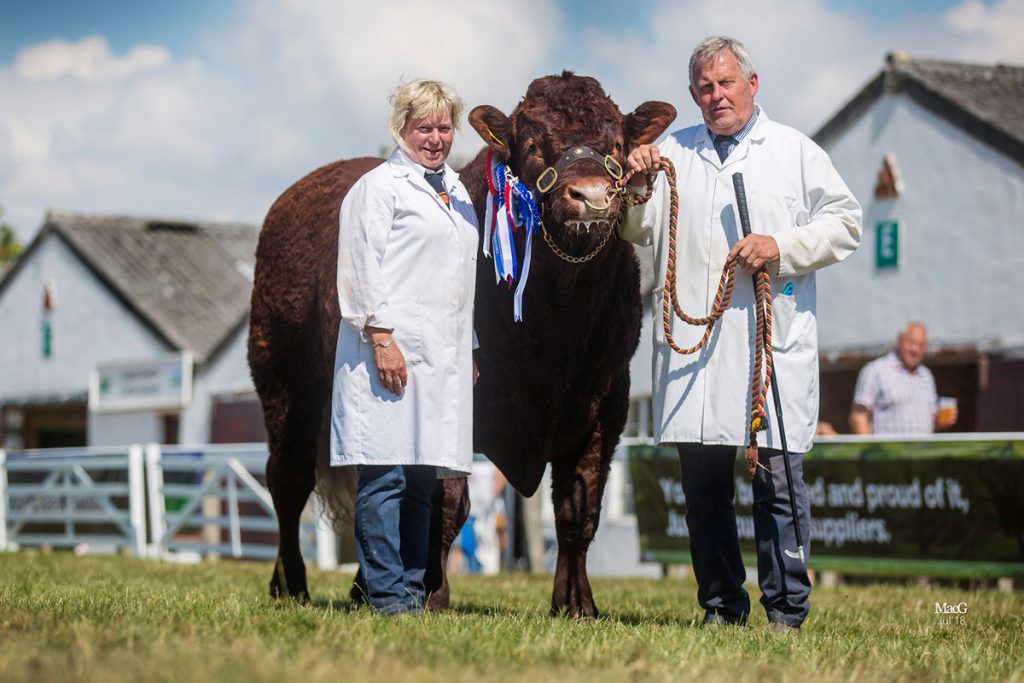