MCDOUGAL FAMILY AND THEIR SUCKLERS 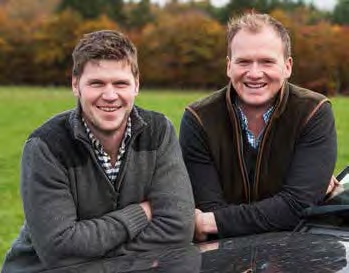 RUNNING a large-scale suckler herd in an era of ever spiralling costs and often reduced end prices is far from easy, but bring in the Salers which not only ensures easy calving but also a live calf that is quick to get to its feet and suckle and the job becomes much more viable – even pleasurable!
Salers have certainly worked a treat for the Mcdougal family too, as having introduced the breed to their large farming enterprise in the Scottish Borders, margins have improved significantly.
Furthermore, the family – James and Anne, together with their sons George and James – has been so impressed by the breed, that they now run 850 Salers cows in a mixed spring and autumn calving unit based between Bassendean and Blythe farms – a business now totalling some 3000 acres, with a further 500 acres of rough ground rented nearby.
Admittedly, the enterprise wasn’t always this size, but with the purchase of the 2000-acre neighbouring unit at Blythe in 1995, the Mcdougals decided to introduce an easycalving suckler having previously relied upon a herd of 220 Blue Greys cows which previously calved to a Charolais.
Establishing the new herd has taken years, but by purchasing from the same farm year after year, herd uniformity and health status has been maintained with the result being an easy care, regular calving, profitable cattle enterprise at Blythe, while the Blue Greys from Bassendean have also been replaced by Salers. 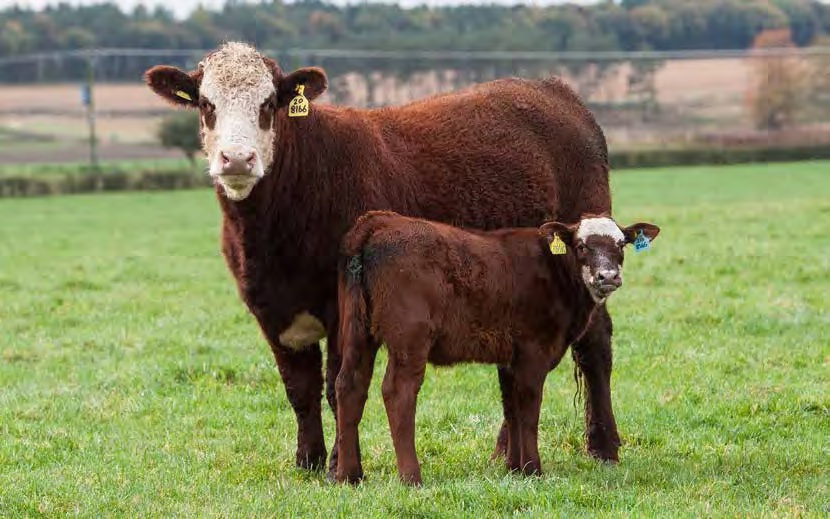 From day one and for the past two decades, the family purchased seven-month-old spring-born heifer calves every year from the Howatson family from the Risk at Newton Stewart.
Originally, up to 100 Salers heifer calves were bought every year at the October calf sales at Newton Stewart, to bring on at home and put to a Salers bull to calve at just over two-years of age.
With the herd now well established, heifer purchases have been reduced by half, and by breeding their own replacements, the family hopes eventually not to have to buy in such large numbers again. 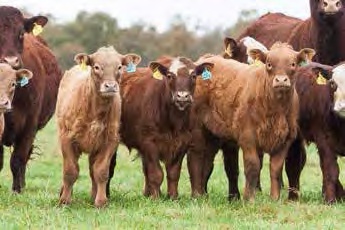 “Buying from the same breeder every year is definitely an advantage,” said George, the eldest son.
“The Risk heifers have always done well for us and we know exactly what we are getting. In general, we calve all the heifers at two-years to a Salers, which makes calving easy, but then being a female breed with one of the largest pelvis’ in the cattle industry, they never have a problem calving,” he added.
The herd is split almost 50:50 between autumn and spring calving to include the heifers, with the first calving at the beginning of April, while back-end calving kicks off in the second week of August.
The increased fertility of the breed, ease of calving with reduced stress on the female also ensures a more compact calving, with cows put to the bull for nine weeks and heifers for just six weeks. Anything scanned empty is put down the road.
Spring calving takes place inside on straw-bedded courts, as well as slats, while autumn calving occurs outside and usually before the end of October and the majority of harsh weather.
With the Salers breed proving the ideal suckler female which not only calves every year producing a healthy, live calve, but also a cow that is easy to keep and lasts well into double figures, the family has also developed a cycle of terminal sires to suit their system.
Salers bulls are used first to ensure easy calving for the heifers and to breed replacement females, with a Hereford used for the second calving and to breed additional replacements. Charolais bulls are used thereafter. 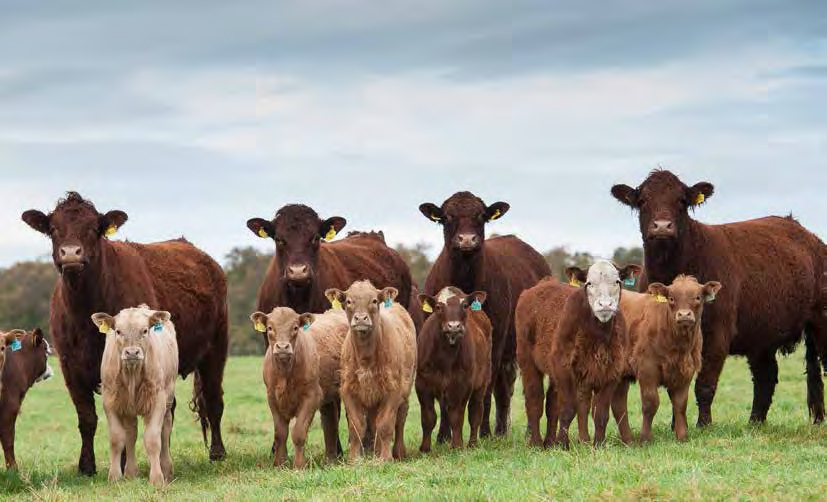 There are advantages to each breed too, with both sons commenting on how Salers calves can be up and sooking within 20-minutes, compared to a Charolais-cross calf which could still be down two-hours later! Most importantly, Salers undoubtedly more than pay their way and are proving popular as every year the calves are sold privately to repeat buyers as yearlings.
“We are fortunate to have repeat buyers who want the animals at that age and who always offer a good price, whatever the trade,” said son James, adding their store calves sell for £1000 plus. As well as breeding their own replacement females, the Mcdougals have also been breeding their own bulls to reduce costs further.
It is the Salers female which has cut costs the most though, as being a hardy, hill cow, she can survive on silage, straw and barley during the winter. The only additional supplements at grass are minerals fed through a snacker.
Between the two farms, some 800-900 acres of silage is harvested, with roughly 1000 acres of straw purchased on the bout and square baled by the Mcdougal team, to include general farm workers, Billy Russell and Michael MacPherson.
As well as low feed costs, vet bills have also been significantly reduced too as over the past 20 years there has only been a handful of caesareans.
It’s not just the cattle that keep the boys busy though, as the family also run a productive commercial ewe flock of 1700 ewes with assistance of shepherd Stuart Russell.
Courtesy of the Scottish Farmer