A NEW BREED RECORD!
Salers continue their popularity with breeders, 10 bulls sold through the ring to an average £6,983, up £1,895 on the year.
Achieving top prices of 12,000gns, a new breed record was set by two bulls:-
Drumaglea Kingpin 2 from P. Boyd, Isle of Tiree, sold to The McClymonts of Cuil, Palnure, Newton Stewart, Wigtownshire.
Kingpin 2, born 13/4/15,  sired by Sancy out of Drumaglea Alice is a powerful bull full of presence.

At 10,000gns was the overall male champion, Whitebog Kipper from Messrs MacKenzie, he will travel to Newton Stewart but to the McCornick family.
Kipper, born 16/7/15, is sired by Whitebog Sandy out of Whitebog Emily. 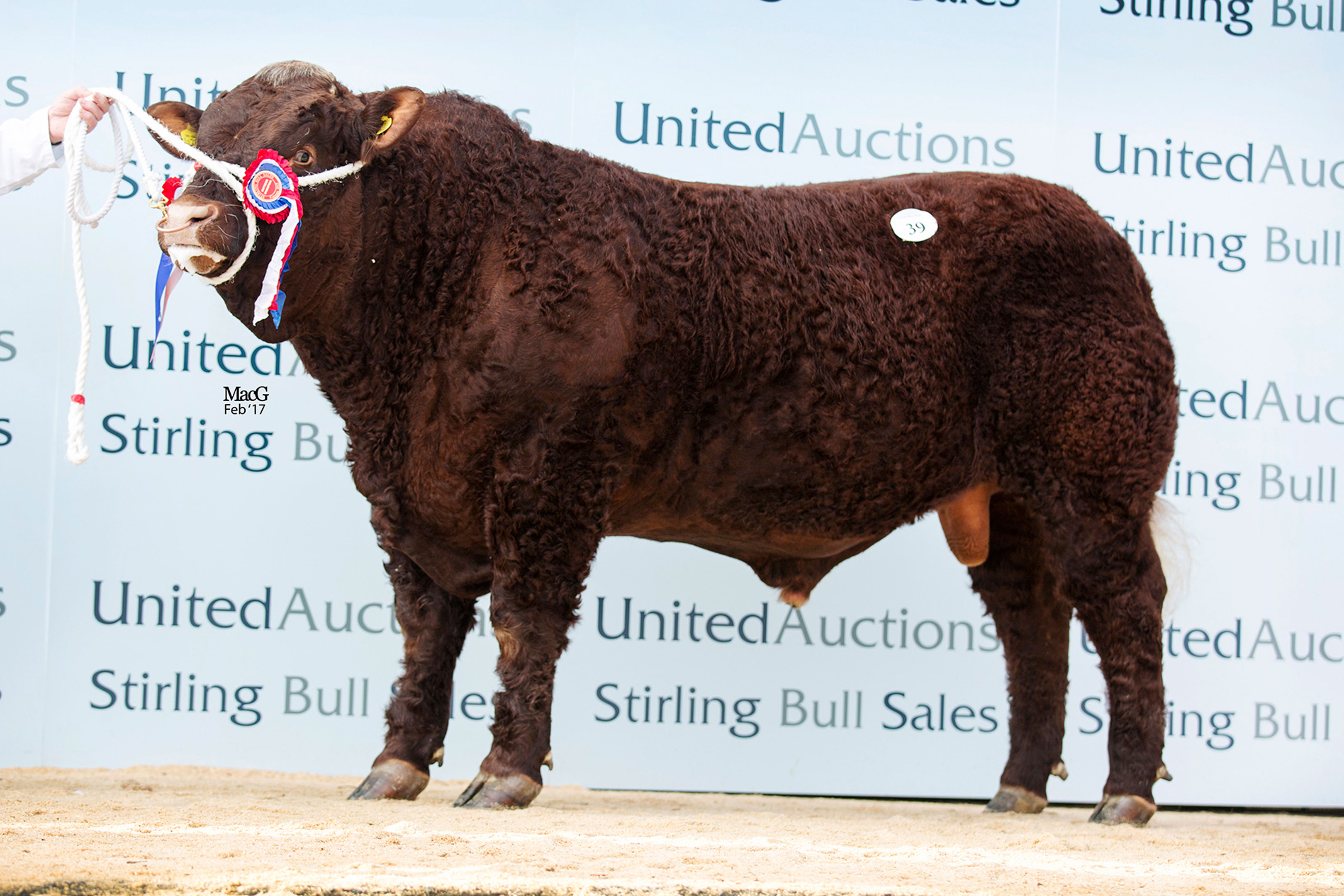 Reserve Champion went to Strathallan Kondyke from Murray Lyle, Dunblane, who sold to R Cunnighame, Isle of Islay, Argyll for 5,000gns.
Klondyke, born 4/4/15, is sired by Cleuchhead Chief out of Cleuchhead Carat 12th. 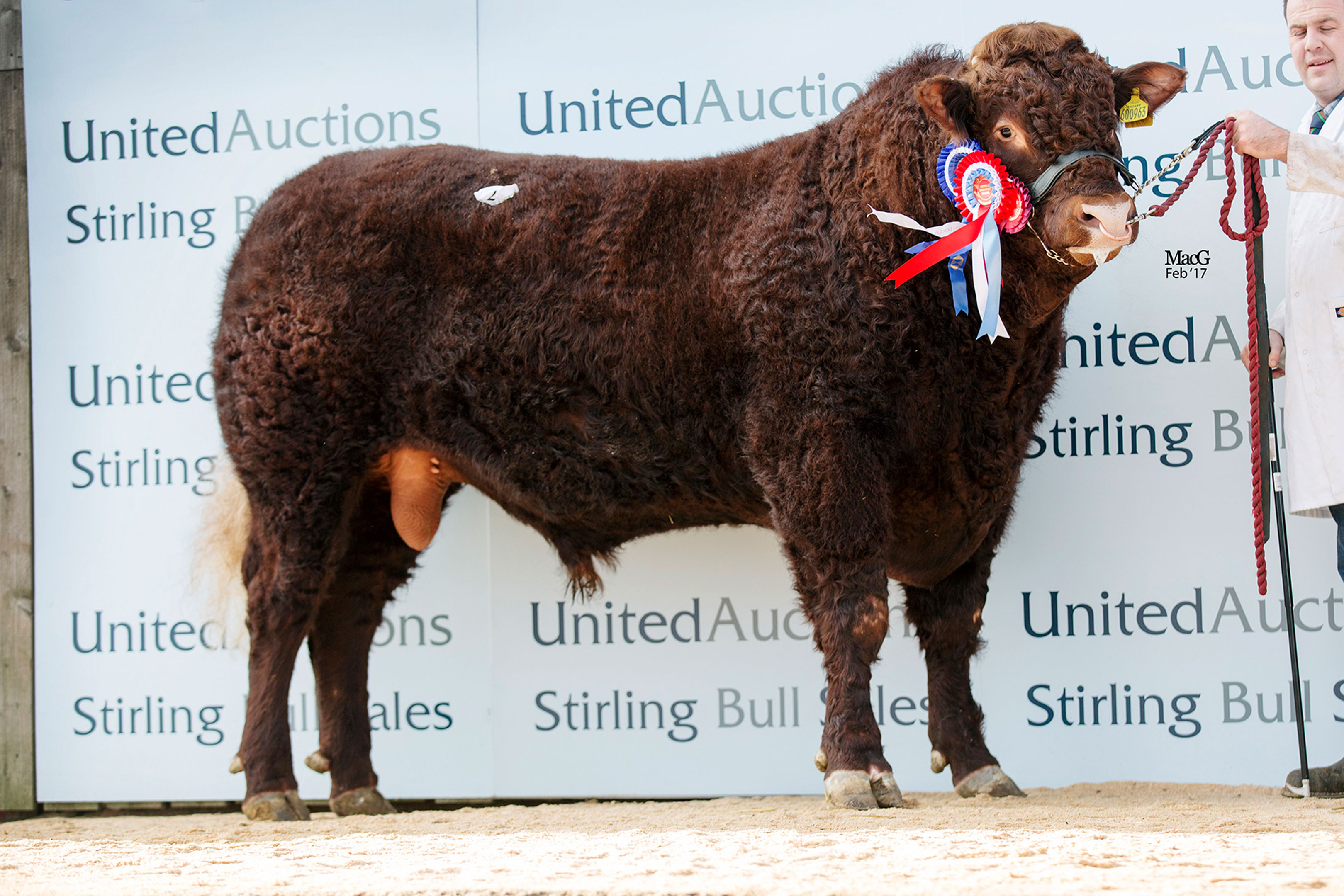