Beeston Hall Farm is not the easiest unit to farm even without the limitations imposed by its owner Yorkshire Water. But it is home to a successful Salers-based suckler beef system.

When West Yorkshire farmers Stephen and Rachel Hallos took part in a focus farm project, they did it with some trepidation. 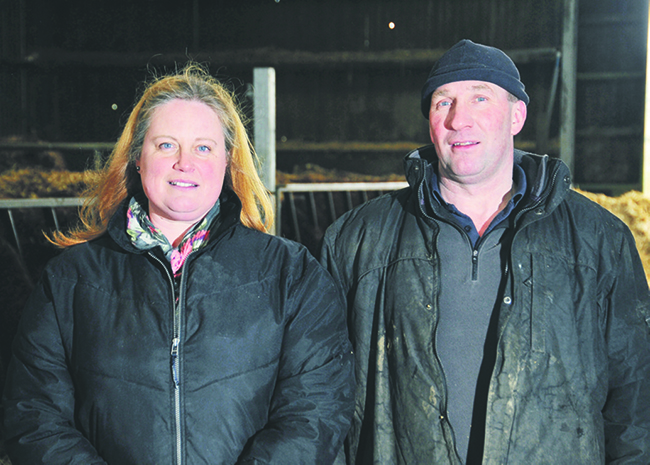 Instead it has proved the basis for expanding their existing business and helping pave the way for the next generation to make their way in farming.

However, one key change the couple had already implemented was a switch from spring calving to mixed spring and autumn calving for their Salers beef suckler herd.

This allows better grazing management and scope to increase cow numbers from 80 to about 100, with potential cost savings on bought-in forage and expansion of the sheep enterprise. 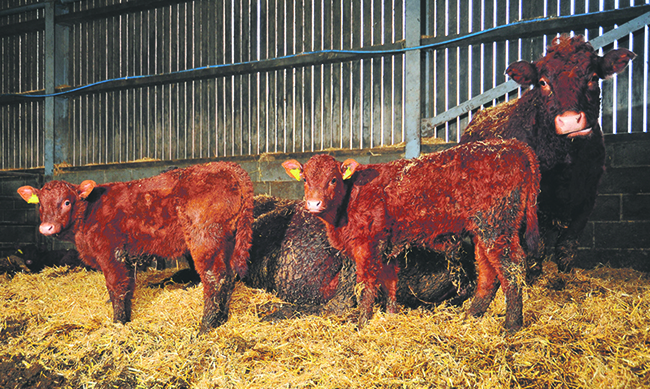 These are all being achieved within restrictions imposed by their landlord, Yorkshire Water, keen to maintain the integrity of their water catchment area. Yorkshire Water’s priority list also consists of conservation grazing management on the large moorland site of special scientific interest (SSSI), which forms part of Beeston Hall Farm, and linking with RSPB to preserve habitat for the rare twite bird.

Added to the mix their 16-year-old son Sam is keen to join the farm business when he leaves school and, all being well, will take up a home-based farm apprenticeship. His younger sister Anna, 13, is also keen to kick start a farming career. Plans are geared to be able to pay Sam a ‘proper wage’ when he leaves school, plus longer term provision for Anna if she too wants to join the business.

Mr Hallos’ parents came to 20-hectare (50-acre) Beeston Hall, Ripponden, in 1966. They ran the farm as a small dairy producer retailer business, typical of the South Pennines. In 1992, the family added the tenancy of the adjoining 728ha (1,800-acre) Batings Farm, also owned by Yorkshire Water. With the addition of other rented land, Mr and Mrs Hallos now farm a total of about 809ha (2,000 acres).

The Baitings tenancy was taken for its limited amount of ‘green’ land for the dairy herd. The bulk of the farm is rough moorland, mostly molinia with some heather, rising to about 396m (1,300ft) above sea level.

Mr Hallos says: “Because Baitings was taken for dairy grazing, the 580ha of moorland became increasingly wet, inaccessible and neglected. It is exposed to every westerly wind which blows.

“All our moorland is now designated as an SSSI with grazing only allowed for three months of the year as part of a heather regeneration project. Sheep numbers were reduced and replaced with cattle as conservation bodies say cattle are more selective grazers than sheep.

“An additional restriction is that much of this moorland is in the water catchment area for two reservoirs. This means we cannot have calves on the moorland because of the risks of cryptosporidium reaching water courses. Over the farm as a whole, we have to be careful to meet Yorkshire Water’s requirements when applying farmyard manure to land.

“The milk retail business started to decline in the early 1990s and continued to fall making the dairy business less and less viable. Rachel and I took over the farm in the summer of 2000 and it was clear things had to change if we were to stay in business.”

He says it soon became clear the family either had to invest heavily in dairying or get out of it and start with suckler beef and sheep.

Mr Hallos says: “The figures did not add up, but a link with the RSPB who were anxious to protect the moorland as a habitat for the Twite meant the farm became financially viable.”

Mrs Hallos says they decided they needed a hardy beef cow which would not break down under the farm’s hard conditions and was easy to manage.

She says: “It had to fulfil our prescription under the stewardship agreement, which is a major source of income for the farm”.

“We came across Salers purely by accident. We bought six in-calf females, five with calves at foot, from Rigel Pedigree. They happened to come with pedigree paperwork though we were buying them as purely commercial breeding animals. We now have about 80 spring calving cows and 40 autumn calvers, all of which are pure Salers.

“We also have about 300 mainly Blackface ewes, which were put to Lonk tups, but more recently we have used Lleyns tups across all our sheep.”

Mrs Hallos says Beeston Hall will always remain a commercial farm with pedigree cattle sales a ‘cherry on the cake’.

All male calves are reared entire, with the best six retained as possible breeding animals and the rest sold at about 10 to 11 months old through Skipton market. All heifers are retained for herd replacements or for sale as breeding animals.

The family were asked by Steve Dunkley of Eblex to become a focus farm, and Mr Hallos says while he was unsure about it at the time, it has worked out well.

Mr Hallos says: “For a start, the idea of people coming to look round the farm got us tidying everything up, doing odd jobs which had just been left and cutting docks.”

Mrs Hallos says: “Everything we do here is governed by our stewardship agreements and by the needs of our landlords, Yorkshire Water, which works to protect drinking water supplies.

“The farm lies between two reservoirs, meaning we can only put farmyard manure on our fields and cannot spread slurry as well as being very limited on the amount of fertiliser we can use.

“Those invited to the focus farm meetings thought we were crazy when they were told of our split calving herd. It doesn’t seem a logical move on an upland farm but every farm is different and the change suits ours. We would like to think it made a few others think about it themselves.”

Cows are calved outside at home, moving them on to the rough in-bye land once calves are dehorned and have received a clostridial vaccine.

Autumn calvers go up on to the moor for the three months of summer then come home to calve in September.

Mr Hallos says: “Due to the different age groups of calves we are now able to house all our cattle over winter, surprisingly saving up to 10 big bales of haylage each week.

“In-wintering the cattle frees up a large area of in-bye land which can now be used for overwintering the intended increase in sheep numbers.

“It has additional benefits as it halves the number of cows calving in spring. This means we can grow more of our own haylage, which we try to bale as dry as possible.

“Using our own haylage means less to buy-in and it also frees up some of the better ground for freshening young heifers prior to sale. Having stock available to sell at different times of the year is also great for cash flow.”

In 2013 the couple put up a new building which will enable them to increase the number of breeding cattle and will incorporate covered storage for manure.

Mr Hallos says: “Yorkshire Water restrictions mean we cannot have outdoor heaps of manure on the land. If we have an outdoor store at the farm itself, then we also have to have a store for any liquid run off. It makes sense to keep our manure as dry as possible and to store it under cover.”

The couple agree they have to keep looking at new ideas in farming and be prepared to try any which may suit their business.

The family is also driven by the keen interest in the business shown by their children, Sam and Anna. The children are always involved in kitchen table planning and farm finances. Mr and Mrs Hallos believe this is in the interest of everyone involved including the family and their landlords, and also benefits conservation.

Income from environmental and conservation schemes remains a major part of the overall farm income. The current stewardship scheme is drawing to a close and along with the support of Yorkshire Water, the family is preparing an application for a new Higher Level Stewardship agreement.

The current three-month restriction on moorland grazing was to allow for heather regeneration. As this has been so successful, it is hoped this restriction can be eased with grazing extended into autumn for cattle and sheep.

· The pedigree Salers herd are part of an Orkney-based high health scheme, Hi-Health, chosen because the scheme was developed and is run by farmers

· The Salers herd is weight recorded

· The focus farm project highlighted cattle were given priority over sheep, sometimes to their detriment. Now the two are treated in exactly the same way 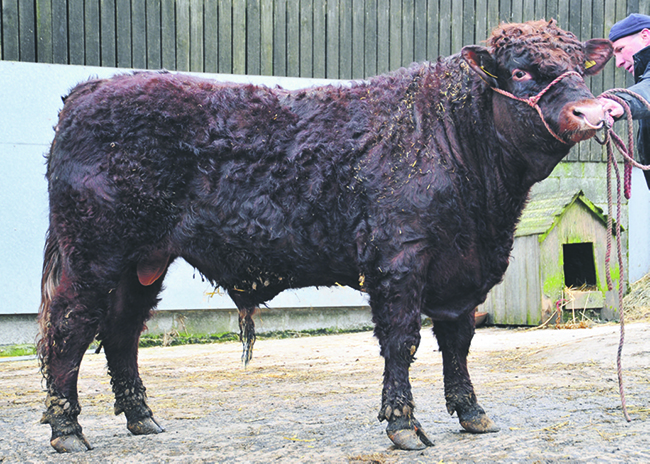